A new deluxe edition of an old favourite!

Tracey Pitcher studied conceptual art at the University of Orpington and now works in an iron foundry near Lowestoft. No-one told her about the bowler hats.

Samuel Beckett was an Irish novelist, playwright and poet. In 1969 he was awarded the Nobel Prize for Literature.

(8pp A6 risographed zine; deluxe version produced for us by Footprint Workers’ Co-operative) 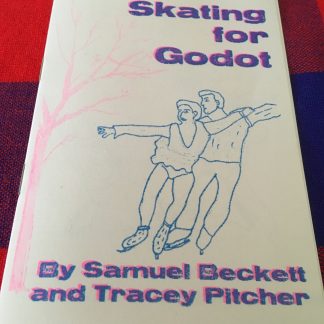 You're viewing: Skating for Godot (Deluxe Edition) £2.00
Add to cart